We always welcome your feedback in relation to our School and will do our best to address any concerns. You can submit your feedback formally by clicking here.

St Stephen’s School is committed to providing education and care to children and young people to assist them to develop into high-achieving, supported students, positively connected to each other and to the communities in which they live and which they will serve.

At St Stephen’s School we have a zero tolerance for child abuse and grooming, The School regards its child protection responsibilities with the utmost importance and as such is committed to providing the necessary resources to ensure compliance with all relevant child protection laws and regulations and to maintain safe and supportive School physical and online environments for all children and young people.

“Being part of an Alumni gives you the support of your community, helping to shape your future to wherever you want to go,” Jake Hagen (class of 2016) recipient of the Westpac Young Technologist Scholarship. 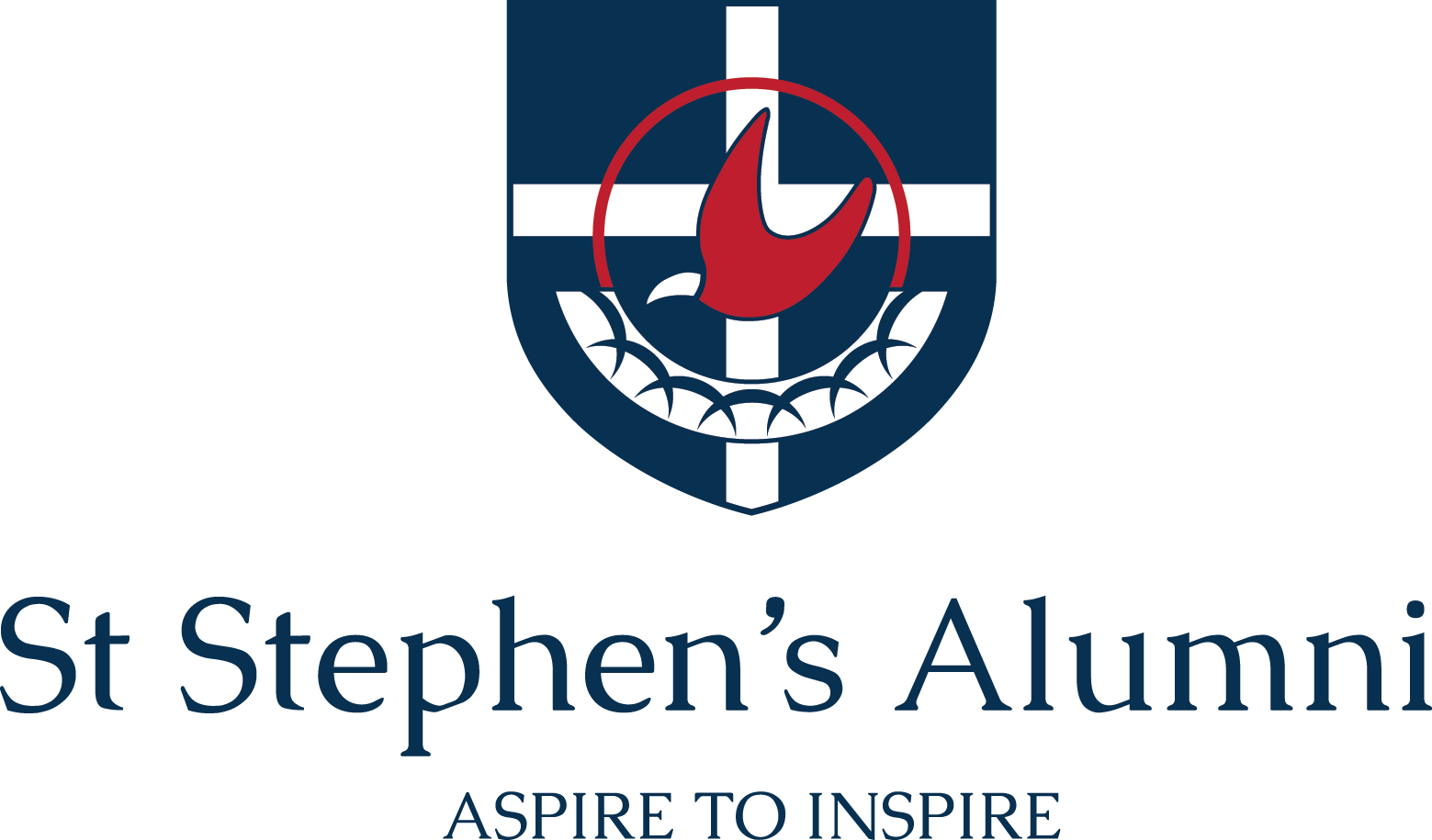 The St Stephen’s School Alumni are an impressive group of people, made up of more than 6000 people across the world, from senior employees at Google and AFL players to musicians and artists making their mark.

When you join our Alumni, you gain access to a connected global support network where past students, parents and members of our community can retain their links with the School and continue to participate in School activities and events.

With the belief that learning is an ongoing journey, we welcome our Alumni to share their experiences and celebrations and offer mentoring opportunities for them to pass their knowledge and skills on to the next generation.

Keep up to date with your Alumni on the St Stephen’s School Alumni Facebook page or let us know what’s happening in your world via alumni@ststephens.wa.edu.au.

For any requests of records, please fill in the form here and we will be in touch.

Join or Update your Details

Thank you! Your submission has been received!
Oops! Something went wrong while submitting the form.
EVERY DOLLAR COUNTS

I was a student at St Stephen’s for 13 years from Pre-Primary, so it has been a big part of my life and even more so for my immediate family with past and present students at the school.
The friendships you make from being a part of the school community last with you your whole life and it is certainly one of the most important aspects that I value now I have graduated.
I enjoyed most of my classes and the great banter I would have with the teachers. Many memorable school camps, sporting days & the iconic school fetes with the waterslide on the hill.

Following my graduation from Year 12, I attended Curtin University where I began studies towards a Bachelor Degree in Mechanical Engineering.

Currently I am a Mechanical Projects & Maintenance Engineer for Rio Tinto at their Hope Downs Operations in the Pilbara.  I am responsible for providing front line engineering support for day-to-day maintenance activities, shutdowns and long term improvement projects.

Academically my graduation from university was a significant achievement in my life since leaving St Stephen’s.  I also got married to my wife Rachel in 2017 and had the honour of having Brian Plowman officiate the ceremony which was a special touch as he was an important part of my life growing up in the St Stephen’s School family.

I believe St Stephen’s established the framework for my development outside of school and into my adult years both academically and personally.
There are many avenues and options to consider when you leave school and not everyone is the right fit for you, nor is it easy to know if the goals you have are actually what you want to do.
St Stephen’s gave me the support to be confident and self-driven and they engrained in me the importance of caring and having respect for others. The staff better prepared me to achieve my future goal of becoming an engineer and they gave me the tools to begin my life outside of school.

Looking back now it was a really supportive place. The friendships I made there were invaluable and also the teachers at the time were genuinely interested in what we did, and still are to this day.

What was the first step you took after graduating from St Stephen’s?

I took a gap year to work and figure out what I wanted to study because I couldn't decide straight away. I also travelled to Europe.

Tell us more about what you're doing now! Have you had any memorable achievements since leaving St Stephen’s?

After working at hit92.9 for several years and creating incredible events and memories there, I went back to study the WAAPA post-graduate in Broadcasting last year. Now I've moved to Victoria to work as a TV journalist for WIN News which I'm loving.

Reflecting on your time as a St Stephen's student, how did your education prepare you for life outside of school?

I think the biggest thing school taught me was that I was the biggest stress-head and I never needed to be. Everything in school seemed like such a big deal at the time, but looking back I sweat the small stuff too much. Life throws things at you and you've just got to roll with it. The more stressed you get, the less clear everything becomes. So, don't stress!

The friendships I made, as well as the opportunities we had for giving, leadership and personal development.

A couple of months after I graduated, I travelled back to Cambodia for the second time on a trip with RAW Impact. I decided to stay involved when I got home, so I worked part time at a café and volunteered two days a week at RAW Impact’s Perth office for the full year of 2016. After that, I went all in and moved to Cambodia to work for RAW full time. I have been living and working in Phnom Penh since January of 2017.

Moving to Cambodia has been the biggest adventure of my life. I have met the most amazing people, learned so much about a completely different culture and language, as well as being given the opportunity to serve other people.
I have witnessed entire families move from a slum to their brand- new house, I have helped local village kids with their English homework, chatted in Khmer with locals about all kinds of things, as well as made so many amazing friends with people I never expected to cross paths with.
I am so lucky to be in a position to give to so many people, who will never be able to repay me- it is the most special thing in the world.

My time at St Stephen’s helped me discover my heart to help. I now understand that the best thing you can do in life is help and give, whilst expecting nothing in return.

I was fortunate enough to be one of the first primary school students starting in Year 4 in 1993. In high school I had Chelsea Anderson and Tammy Donnelly for Drama. I took my time in drama class very seriously and couldn’t understand why some fellow students didn’t have the same passion.I then chose Drama as an elective every year. I was recognised with some awards for Drama studies and received principal roles in ‘Away’ and ‘Bye Bye Birdie’.

My original inspiration was back in 1994 when myself and three other Year 5 students were offered a role in the upper school production of ‘Smithy’. I ‘stole’ my big brothers script (I’m not sure if he was crew or something) and I poured over it every night, reading every part. I still have the copy and have fond memories of being on stage each night with the ‘big kids’.

When it was time to ‘choose’ a career path, at the tender age of 16 I confided in Mrs Turnbull. I wanted to work in Primary school in the hopes to support younger students falling in love with the ‘serious nature of performing’ at an earlier age.

Mrs Turnbull assured me there was not much in the way of drama specialists in primary schools. I listened, applied for a Bachelor of Education at Joondalup ECU and vowed to make the performing arts (mainly drama and dance) happen in primary classes.

To pay the bills I was working for a small theatre company called ‘Perth Youth Theatre’ where I co-directed and choreographed several shows a year.

I am currently the co-owner and director (with my husband Trevor Patient) of Perth Youth Theatre and we run term-time Drama and Dance classes for ages 6-18 and produce over 20 Productions per year. We just celebrated PYT’s 15th Anniversary! I am also co-owner and Producer of Platinum Entertainment WA Pty Ltd and we are currently producing ‘We Will Rock You’ The Musical by Queen & Ben Elton at His Majesty’s Theatre in March, 2018.

My time at SSS offered me opportunities that have supported me today.