OUR COMMUNITY
>
From the Principal 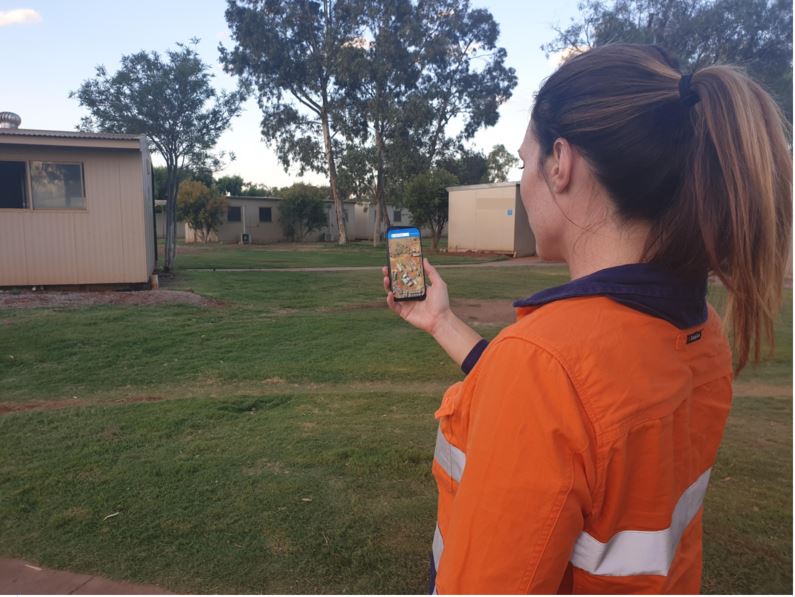 Erin Bell had just started working at a new mine site during her FIFO career when she noticed links between the quality of onsite onboarding, village living integration, communication and information availability.

Drawing on her Human Resources background, she began to look deeper into some of the issues FIFO workers were experiencing on site including communication breakdown, isolation, declining mental health, high attrition rates and general wellbeing, and was inspired to create a solution that would address multiple issues in one platform.

“From my own onsite experience, I could see the same issues occurring in various sections of the workforce. These included a wide spectrum of issues from a lack of communication and isolation to issues around the mining industry having the highest rates of poor mental health and employee turnover, with almost a quarter of workers new to FIFO leaving within a year,” Erin said.

Communication, compliance and connection appeared to be the root cause for many of the concerns faced by mine site workers, particularly non-desk bound employees.

“In my experience, many mine sites try to address these issues but aren’t up to scratch in terms of creating an employee-friendly community. An example of this is the lack of social activities, and if there are, they aren’t well communicated to all workers.

“Workers often feel like they are a number shipped in and shipped out to get the work done with no sense of belonging, which has been identified by many studies in greatly assisting in employee wellbeing, mental and physical health, and in turn, loyalty and productivity for the company.”

When Erin started to investigate what was available on the market to target these issues, she found a few options, however they all only offered a solution to one problem.

“There appeared to be multiple one-feature apps out there that fixed some problems, however nothing that provided one solution for everything, or was built for a remote mining environment with low comms and offline capability,” she said.

“After looking into site workforce apps and realising there was nothing suited to the industry, what initially started as an idea to integrate maps and communication for the village evolved into the approach of ‘how many features can we possibly put into one platform’ to best service the reality of the industry and moving away from the traditional approach of apps offering only one feature.”

This is how the Camp Connect app came about, which Erin describes as “an app for the industry, made by those in the industry”.

Camp Connect takes a holistic approach to connecting with employees and is the first of its kind built specifically for the mining industry.

The team offer a turn-key approach to the product purchase, which includes in-person training, a white label product to allow for individual branding and clearer, faster and more up-to-date information direct to each worker.

Camp Connect has had a bumper year and is currently being rolled out in several WA gold and iron ore sites, with more vendor processes being developed.

In the process of setting up the company, Erin also became a Mum to one-year-old Lilly and has juggled involvement in various start-up accelerate programs, including recently making it to the second round of the Department of Industry, Science, Energy and Resources Female Founders Grant process.

She said while being a woman in a typically male-dominated industry provided its challenges, there were also lots of opportunities available to support female founders.

“When you look at stats that show only 3 per cent of capital goes to female led/owned start-ups, it can make it more difficult to cut through but there is huge growth in the number of start-up support initiatives aimed directly at supporting females, and I think if you have a great product, believe in it and make the right connections, there are lots of opportunities for everyone,” Erin said.

Erin graduated from St Stephen’s School’s Carramar campus in 2005. She looks back on her time at school fondly.

“I think my time at St Stephen’s School was really grounding,” she said. “We were all guided towards our own path for success and what that meant for us.

“St Stephen’s School really brings out the compassionate side of students, which I think is one reason I can so easily look around and put myself in others’ shoes, which ultimately led to the first idea of Camp Connect.

“I also felt inspired to try new things and to look for solutions and innovations in my time at school, which has obviously translated into real life opportunities for me.”

“It is so great to see someone identify a problem, think laterally and find a solution – Erin is testament to how we try to prepare our students for the world in a holistic way,” Mrs Beare said.

“I just know Erin’s innovative way of thinking and empathy for others will see her and Camp Connect go far – what an idea! and she has done an incredible job in being a role model for other young women wanting to break into big industry, having a STEM focus and really setting the scene for future female founders.”

Find out more about Camp Connect at www.campconnect.com.au.

This article featured as a Thought Leadership piece on Business News' website at https://www.businessnews.com.au/article/Inspiring-female-founders.

BACK TO FROM THE PRINCIPAL