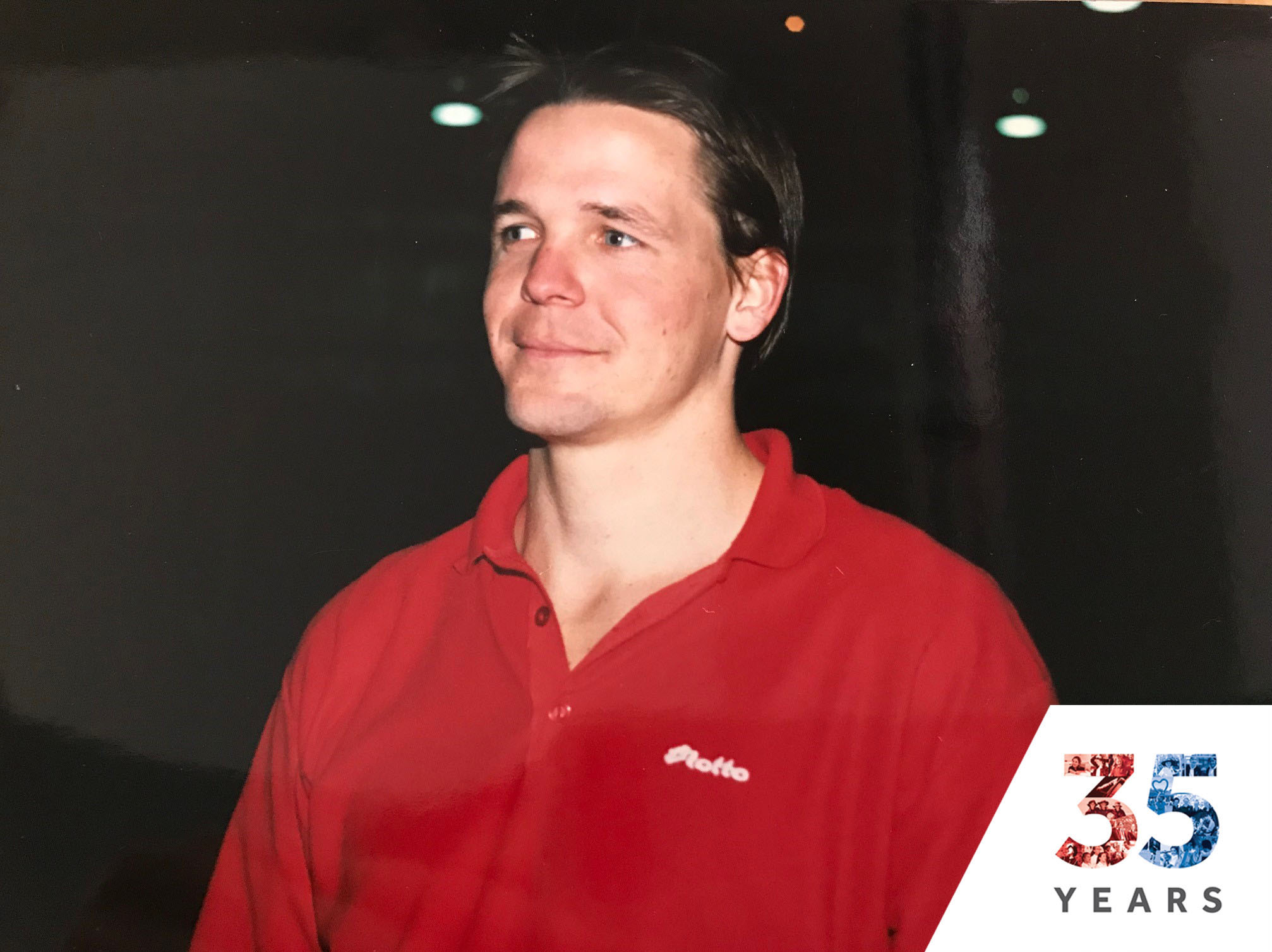 Dean Phil Timms has a long history with St Stephen’s School, and while he is a one-eyed Timaen supporter, many may not know he actually spent three years wearing red for Alethea back in the 80s.

Mr Timms, or Timmsy as he is known by many, started with the School in 1986 when he was first affiliated with the Timaen team. He then went to Alethea for three years but has been blue-eyed ever since.

Timmsy has held various roles at the School including Phys Ed/Science Teacher, Biblical Studies Teacher, Music Teacher, Deputy Dean and Dean of Timae. He left in 1992 but returned in 2003 and has gathered many memories over his time here.

His favourite memories are varied, from winning the first Football Championship in 1991 and driving four boys to the Geography Camp straight after to the first Swimming Carnival.

“We had only Year 8-10 competing against schools with Year 11s and 12s at our first ever Swimming Carnival as a School in 1986,” he said.

“Most of the students had to swim double what they would have often against people two years older than they were but they were so keen to represent the school, some of those students now have kids at the school – Peter Standish and Kym Wearne come to mind.”

“[I also loved] free dress days where the staff dressed up – Peter Prout and I walked in as the Blues Brothers and the office staff thought we were from a government agency!”

Mr Timms said the care and relationship-based nature of St Stephen’s School made it special.

“I remember doing my final teaching prac at a school near here and kit felt like there was this massive distance between staff and students, to the point where you couldn’t really help them when they were upset,” he said.

“I was not sure I could be a teacher in that environment and I was so relieved coming to SSS where teachers really cared for students and the students knew it – the care and relationship I believe is still what sets St Stephen’s apart.”