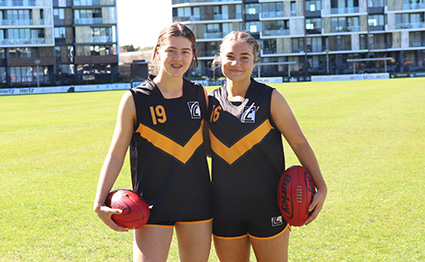 St Stephen’s School students have been achieving some impressive results on the field, court, track and in the pool this year. Their achievements have led to several State team selections, which will see them compete in national competitions locally, interstate and virtually amid COVID-19 restrictions.

Congratulations to the following students who have been chosen to represent WA;

Duncraig Year 10 Emma Lilford and Carramar Year 11 Kayla van den Heever were also selected to represent the ACC in the inaugural All Stars AFL tri-series against the IGSSA and SSWA teams, which kicked off at Claremont Oval last week. Kayla also celebrated a Premiership win with the West Perth Women’s Football club and was awarded the Rogers Cup Fairest and Best award to cap off a fantastic season.