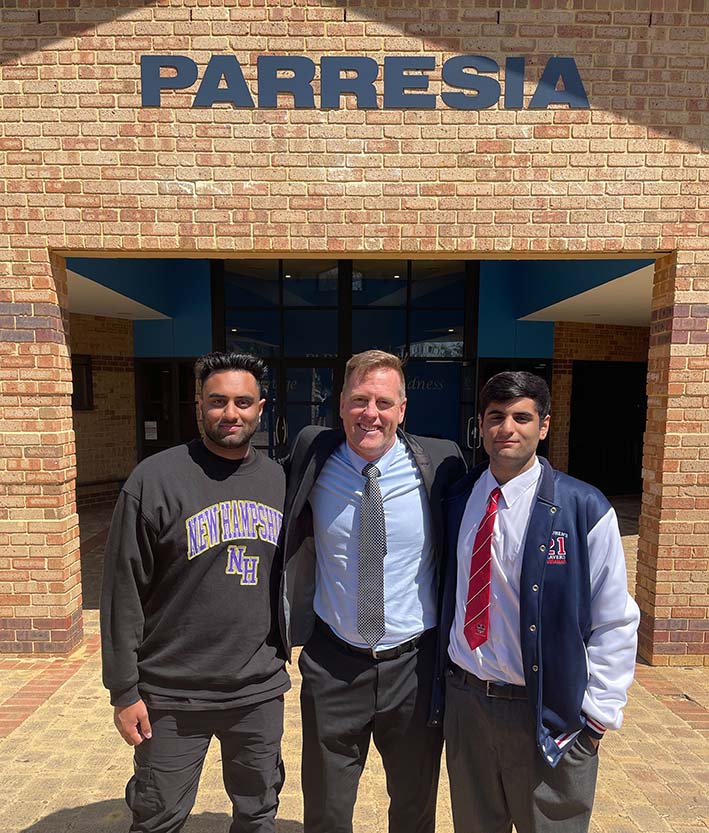 The Carramar Class of 2021 student spent six months taking part in extensive testing and interviews as part of his application for the sought-after four-year program.

“I also had to complete a pre-apprenticeship in Year 12, which consisted of nearly 300 hours of work experience and lots of theory,” Sahib explained.

He is humble when asked about being the top candidate for the program.

“I’ve been told there were over 600 applicants and only three spots available for which I got the top spot, so it was meant to be – this was as a result of all the testing and interviews that I had to do,” he said.

Sahib is keen to learn more about the electrical industry and gain more hands-on experience to develop his career.

Sahib enjoyed the practical, hands-on style of learning via the VET pathway offered at St Stephen’s School. He successfully completed Certificate II in Engineering, Electrotechnology and Outdoor Education as well as Certificate IV in Business at school.

“There are so many opportunities through VET as you can still get into university, or you can go to TAFE or a specialist college. I have a very hands-on approach and prefer to learn through practical work which is why the VET pathway suited me.”

“It has been great that I have now already worked with a multitude of employers such as the Water Corporation and High Energy Services – and it has all been credited towards my VET course. VET gives you a chance to learn and operate in the real world and prepares you for life at work in the future, with the option of further education.”

Sahib’s parents Tania and Gunbir are extremely proud of his achievements, saying his dedication and positive attitude have helped Sahib achieve his goals.

“We are very proud of Sahib’s dedication, focus, strong will and positive attitude. We always knew he was very driven and he has now shown it. He worked very hard in Year 12 with not one day off the whole year as he did full time work experience in the holidays. We wish him the best and are always behind him to back him 100 per cent,” Mrs Sandhoo said.

Sahib’s brother Karan (Carramar Class of 2018) also took the VET pathway through St Stephen’s School and is now in his final year of university studying a triple major in Marketing, Advertising and Public Affairs. Karan gained direct entry into his course with his Certificate IV in Business and required English requirements. He has completed a number of internships during his university studies and is keen to develop his career in the industry after graduation.