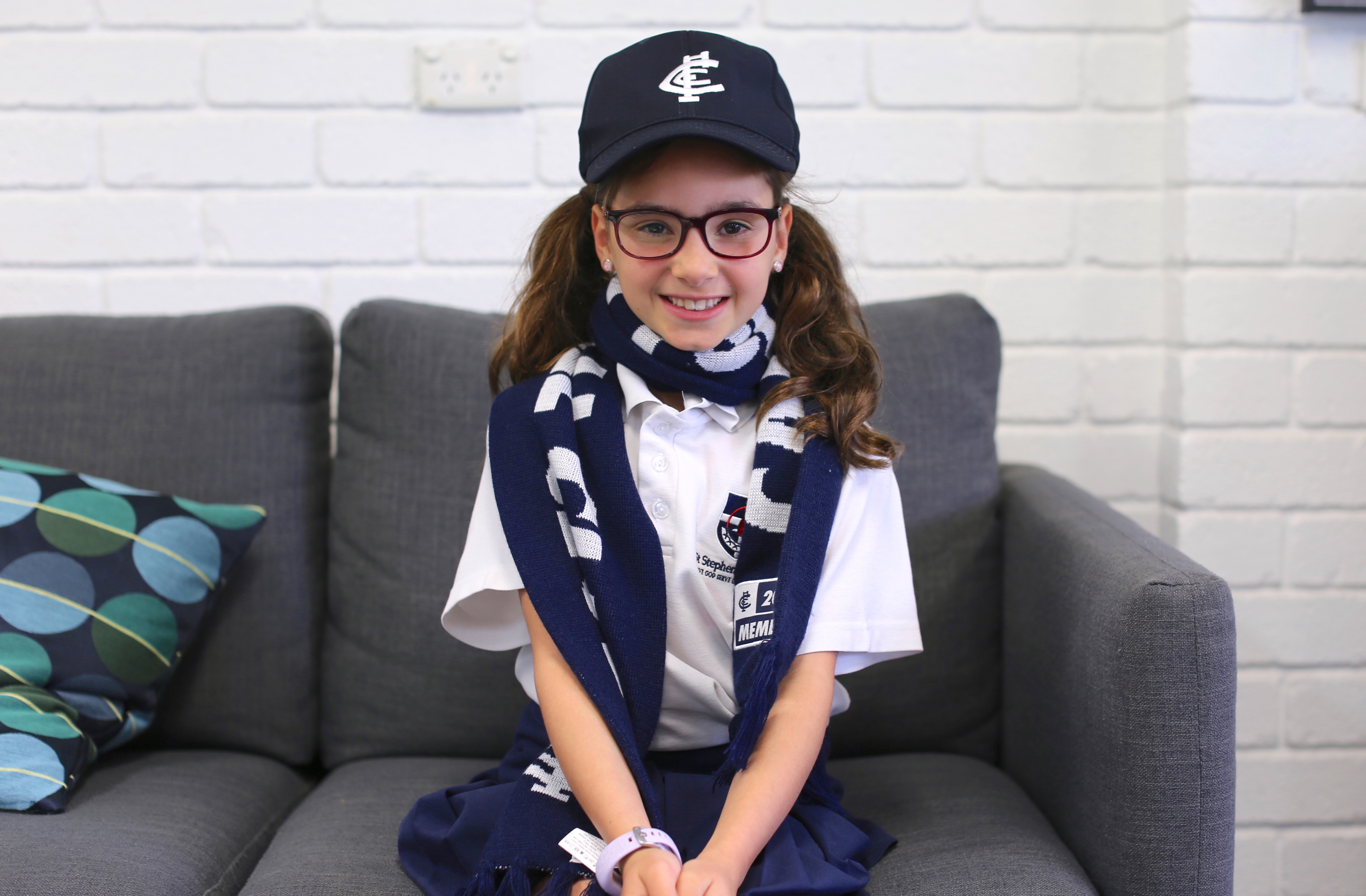 2020 will be a year to remember for Scarlett Lo Presti (Duncraig Year 4) who received some unbelievable news from across the country while on a family holiday in July.

The Lo Presti’s Kalbarri camping trip was suddenly interrupted by a video call from two Carlton Football Club players, Lachie Plowman and Will Setterfield, who broke the news that Scarlett had won $10,000.

“Someone was just calling Dad and [he] didn’t have time to answer because we were on holiday,” Scarlett said.

“I think the person did seven calls until dad answered… when Dad found out what [the call] was, he said it was worth it!”

After finally connecting with the Club, Scarlett said her mother Michelle, father Renato and younger sister Ella (Duncraig Year 2), all dedicated Carlton members, were in disbelief when they heard the news.

“My sister didn’t know what it meant. Mum and my friend’s mum were crying in the background.”

Unknowingly placed into a member prize draw, it was by complete chance that Scarlett was the lucky Blues faithful selected as the winner.

The initiative run by Carlton Football Club and partner CUA aimed to give back to the Club’s supporters during what has been a challenging year.

Answering the question on everyone’s lips, Scarlett said she’s saving most of the money for a special investment later in life.

“I needed a new bank account at CUA and I have to share [the money] with my sister. Mum said it’s going towards my first car,” Scarlett said.

“I get to spend $200… I’ve already bought some stuff. I bought this extremely bouncy ball. It’s fun because you can have it in the house.”

Watch the moment the Lo Presti’s found out the news here.