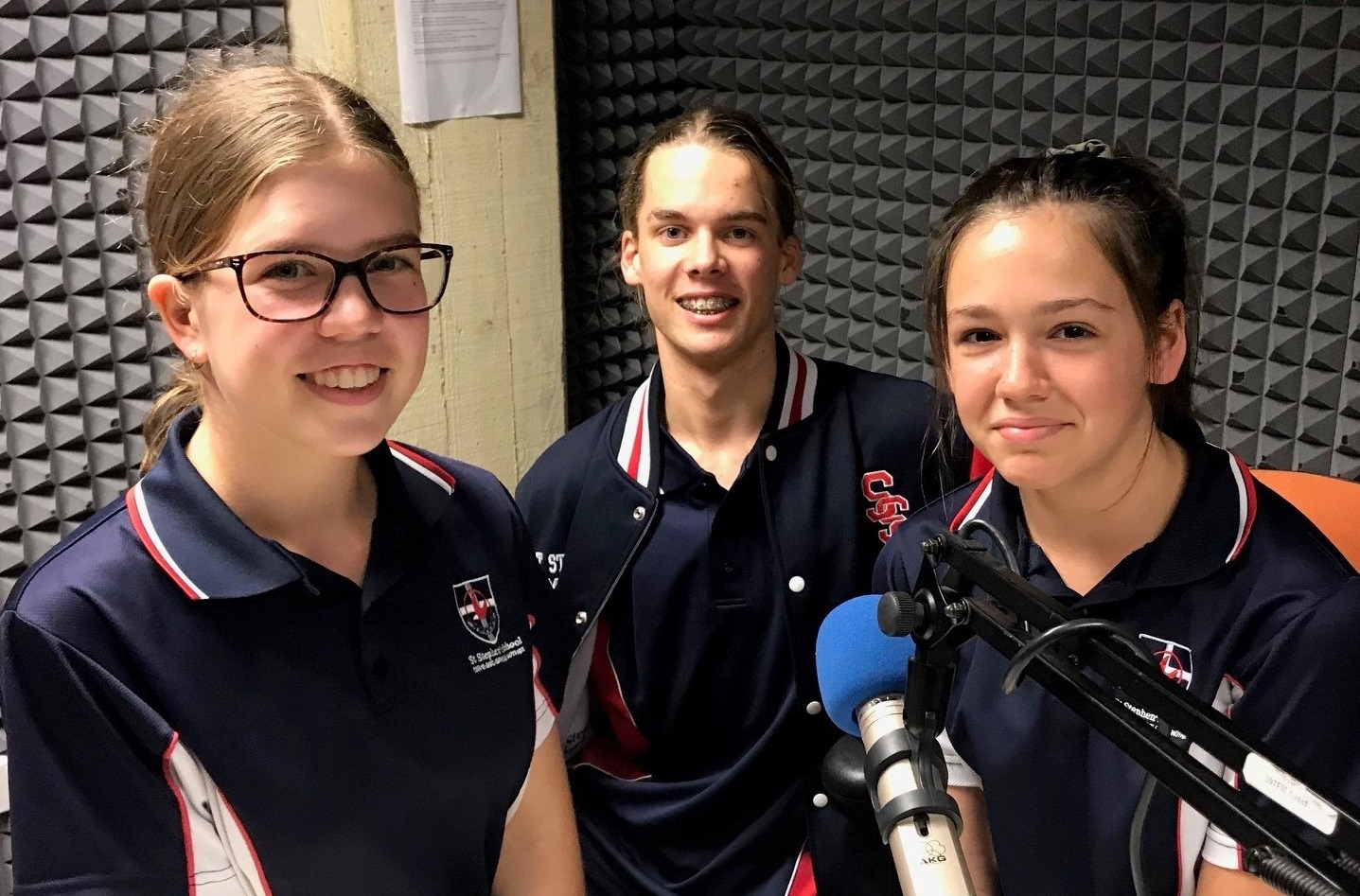 When the red and white ‘On Air’ sign lit up, you could feel the nerves and excitement in the Twin Cities 89.7fm Community Radio studios, as more than 20 cross-campus staff and students presented live on air recently.

Taking part in the School of Thought program, hosted by ex-journalist and City of Joondalup Councillor John Logan, the groups covered a variety of topics about their experiences at St Stephen’s School.

The staff and students were allocated into six different groups and worked with the School’s Marketing Department for several weeks in the lead up, putting together scripts and rehearsing their segments ahead of the May show date.

Students of varying ages, from Year 6 to Year 12, gathered at the ECU Joondalup Campus before heading up to the fourth floor to get their first glimpse at professional radio studios.

After Duncraig Year 12 student Tom Garnett and John Logan enjoyed a bit of introductory banter, the students took over the airwaves for 90 minutes, including their own choice of songs to play.

The topics groups covered included the School’s Service Learning program, student leadership, sustainable projects by Primary students, a recap of the recent South Africa Global Service Tour, Carramar’s The Maker extension program and how the Rite journey and Duke of Edinburgh programs help students on their transition into adulthood.

Some students took it in their stride, comfortable chatting away about their subject while others used the nervous adrenalin and support from fellow students and staff as they entered the studio.

All students settled into their newfound position as live radio presenter, many wanting to do it again and loving the experience it gave them outside the classroom.

Principal Donella Beare said the students and staff were a credit to the School in how professional they were in their preparation and delivery and beautifully showcased the opportunities available at St Stephen’s School.

Be sure to listen out to our regular segment on the School of Thought program as we feature a St Stephen’s topic for five minutes each month.

You can listen to our students on the School of Thought program here.