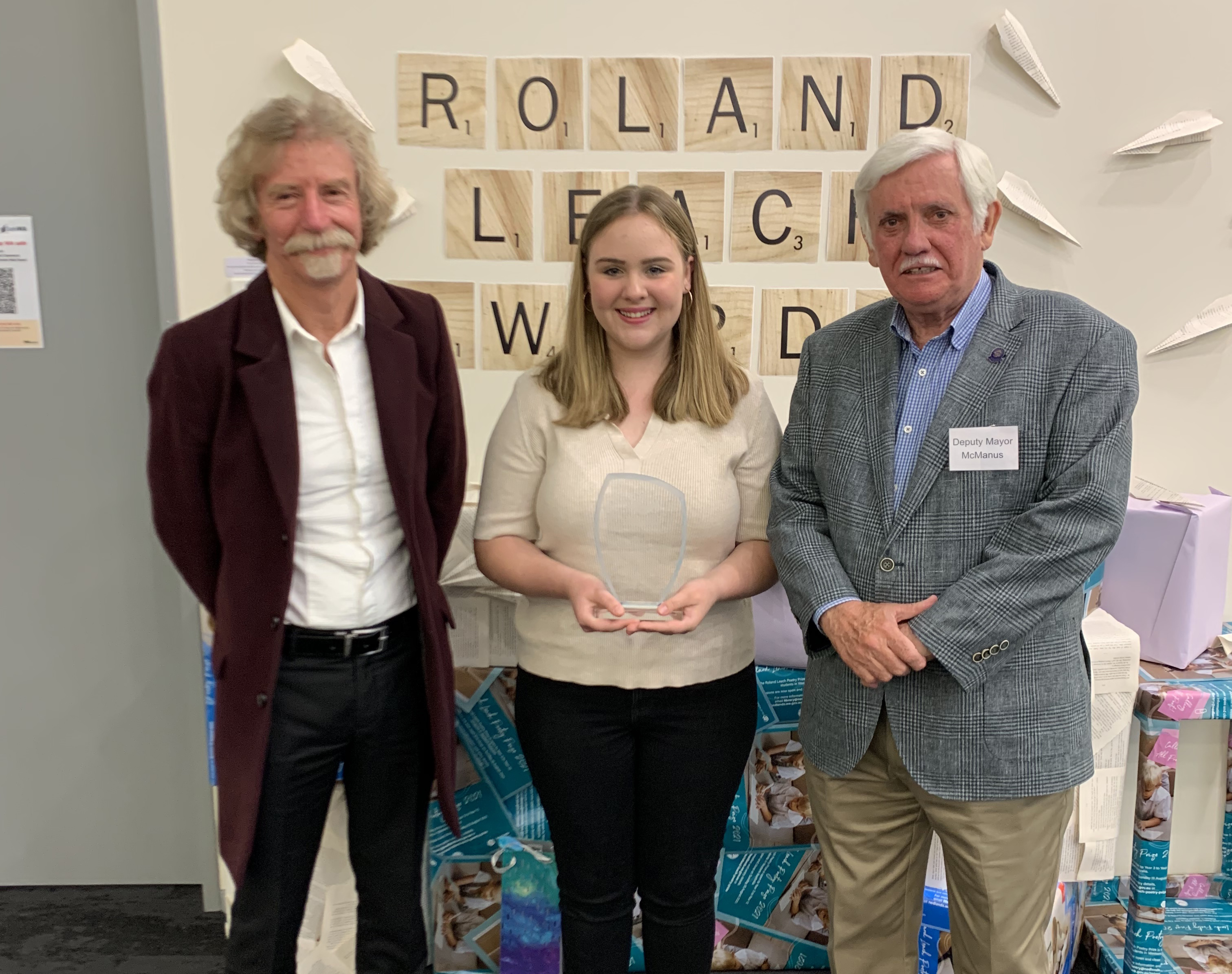 Duncraig Year 8 Victoria Hill was awarded second place in the City of Nedlands Roland Leach Poetry Awards lower secondary category for her poem “Social media is ruining our nation”. Victoria’s poem was one of 540 entries into the competition from across the state.

Carramar Year 12 Riana Shah’s poem “If, then” will be published in the next edition of The Australian Mathematics Education Journal. Riana wrote the poem as part of an English Literature assessment which involved emulating a poem by TS Eliot, creatively using mathematical discourse to discuss existential ideas.

Read their poems below:

Social media is ruining our nation

every wakening moment caught under a spell.

It all begins with a simple scroll,

until our priorities are out of control.

Work and responsibilities are up sky-high,

but we are too busy reading about our zodiac sign.

It's harmless entertainment some would say,

not having received the nasty comments throughout the day.

Strangers who we have never met,

are all of a sudden sending us threats.

We watch our children fall into despair,

while the parents sit completely unaware.

Some think it's fun to sit with ourselves,

messaging people to harm themselves.

The internet was never designed to be this place,

doing things that would never be done face to face.

after one quick scroll, they wish they could never be seen.

but social media is leaving them blue.

What does it take to simply be nice?

It seems that social media, is ruining our lives.

because bullying is no reason to boast.

So, before you get hooked,

Social media isn’t all that it looks.

Our minds are as delicate as the wings of a moth,

so do yourself a favour, and shut the cell phone off.

The internet should be an environment for all,

maybe one day the world will hear our desperate call.

Say it loud with no hesitation,

Social media is ruining our nation.

You must think I lost all hope at that point. I did.

The centre of points all within a common locus,

wondering if it’s all real or imaginary.

The path does not terminate,

a definite integral from birth to death.

but still keeping our trauma and struggles

Who do we belong to?

But is this the path?

What about another axis?

Asymptotes get closer but never together.

Tangents had one chance to meet then drift apart.

The problem for today is which one is us?

How can we tell where our future is?

Conquer all mysteries by rule and line,

or leave the unknown unresolved?

But is there any way to revoke these responses?

To examine the causes of life.

Turn flesh and blood to algorithms and equations.

Removing the words of Kant and Mill,

No more debating for what is right.

to always get the correct answer.

We will serve four and twenty hours a day

Then will we still need to figure out;

Who we belong to?

Living this life makes everything simple,

All the misconceptions and uncertainties left behind,

As we all become discrete and independent.

Nothing in humane shape.