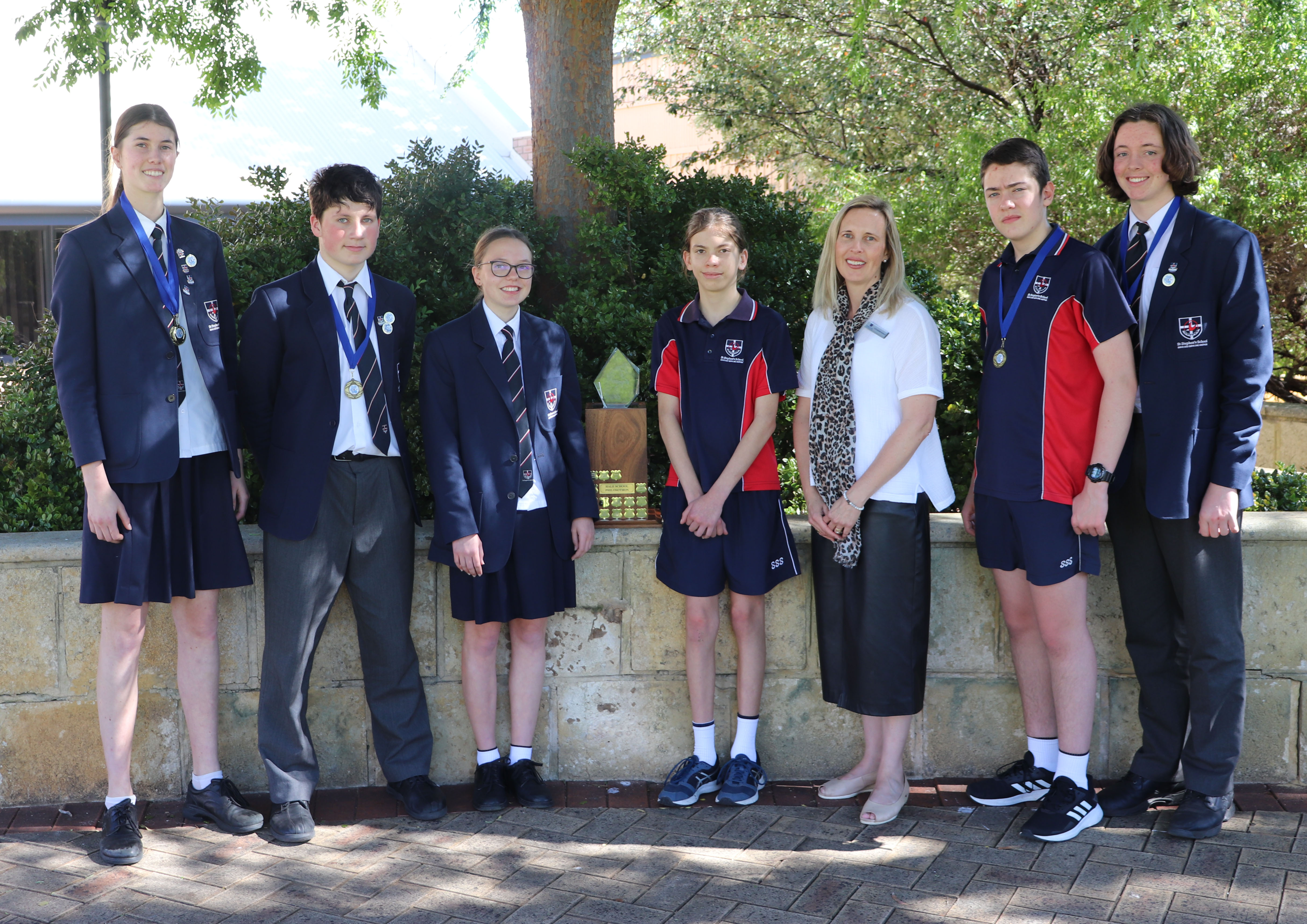 A group of St Stephen’s School students reasoned their way through some of life’s big questions to take out top honors at the Perth Philosothon.

Critical thinking, collaboration and creativity were on show as the group of Gifted & Talented students from Years 8-11 at the School’s Duncraig campus were up against 23 of Perth’s top schools competing at the University of WA.

The Philosothon sees teams discussing big questions at the edge of science and reason. They tackle four issues through healthy discussions, both rebutting and building on each other’s arguments along the way, with the aim to collectively come to a conclusion about an issue.

St Stephens’ School Gifted and Talented Coordinator and Team Coach Catherine Riddle said the team were thrilled with their success, with special mention to Year 11 student Sophie Burrows who won top place for her year group.

“An outstanding effort on our students’ behalf and a wonderful reflection on their critical, creative and collaborative thinking skills,” Mrs Riddle said.

“Students are tasked with coming up with a reasoned response to complex ethical or philosophical issues or problems and being able to discuss such issues, and at such length, at their age is a true accomplishment in itself.

“The students showed great versatility, thinking on their feet and intelligence, drawing from their own knowledge, building on others and posing more questions to move the conversation forward – these are all important skills to have mastered and it makes me very excited to see where life will take them.

Year 10 team member Thomas McIntyre said he “enjoyed the opportunity to discuss issues that you would not usually discuss with students from other schools”.

As the team reminisced on the evening Year 8 Elissa Groves commented that the evening provided “food for the mind”.

St Stephen’s School Principal Donella Beare was incredibly proud of the students for showcasing their academic and “soft skills” on the big stage.

“They have a lot to be proud of – from winning first place when up against some of Perth’s top performing Schools to Sophie Burrows winning top spot in her year group!” Mrs Beare said.

“The win highlights the strength of the students and their ‘soft skills’, which are vital in an increasingly polarised world. The team’s academic strength also shone through as they were required to evaluate ideas and recognise the role of evidence in the development of an argument.”