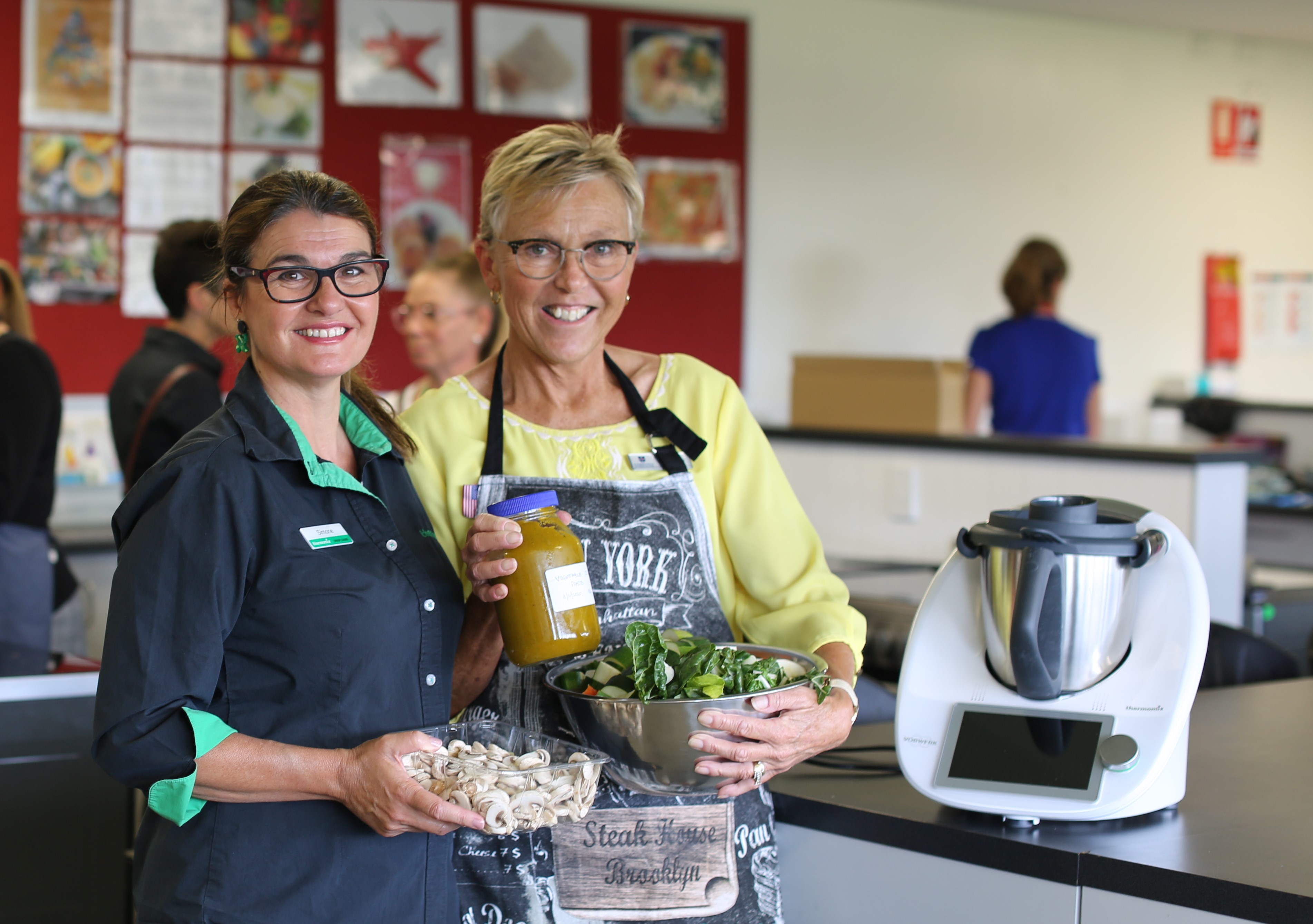 St Stephen’s School came up with the perfect recipe to help those in need recently. The method saw passionate Thermomix reps, staff and parents volunteering their time, 20kgs of donated vegies and an eagerness to help all mixed in to make 60 delicious meals, which were donated to the local Salvation Army branch in Heathridge.

Simone Boening, a parent of the Duncraig campus, cooked up the idea with the School’s Service Learning Coordinator Donna Lund. Both have a passion for cooking, putting their heads together to get various companies and volunteers on board.

“The event came about after I received a school email advising my children’s homeroom would be making cheese and ham sandwiches for the homeless and I simply offered to help if they needed, by making some soup and pasta to have a little extra to take. Donna was told about my offer and from there we had ourselves a cook up event,” Mrs Boening said.

“We all loved being involved and helping out in a small way. It was a great opportunity for us to be together, catch up with some old friends and make some new ones while doing something so positive that will make a direct impact. It was definitely heart-warming,” she said.

“From a parent perspective, it was great to see the work that goes on behind the scenes that we don't always hear about. Donna is extraordinary in her passion for helping others and getting things done!”

Mrs Lund said the success of the idea, which will now become a regular feature on the School calendar, came down to the School’s strong relationships and commitment to their motto of Serve God, Serve One Another.

“It was so great to see members from all parts of our community living by the motto and truly giving back to those in need,” Mrs Lund said.

“As soon as Simone approached me with the idea, I immediately thought of one of our other partners SecondBite who were quick, as usual, to offer a hand,” she said.

“We didn’t know what ingredients we would get from SecondBite until the order was delivered but all of the vegetables we got were perfect for Thermomix cooking and whipping up a yummy and nutritious vegetable soup.”

“SecondBite is the conduit between our loyal food donors and our wonderful charity partners,” Mr Nilsson said. “We play such an important role in ensuring we end waste and end hunger.”

Mrs Lund said the meals would go a long way to help local families in need.

“We all have our ups and downs and we feel very lucky to be able to use our passion to help people in our community when they really need it.”

“Everyone involved in the cook-up had a great time too – there were lots of laughs and chatter while we went to work on our Thermomixes and there was a great feel, knowing we were able to make a difference.”

“I can’t wait for our next day in the kitchen and I encourage anyone from the wider community who may be interested in giving up an hour of their time to get involved to get in touch!”