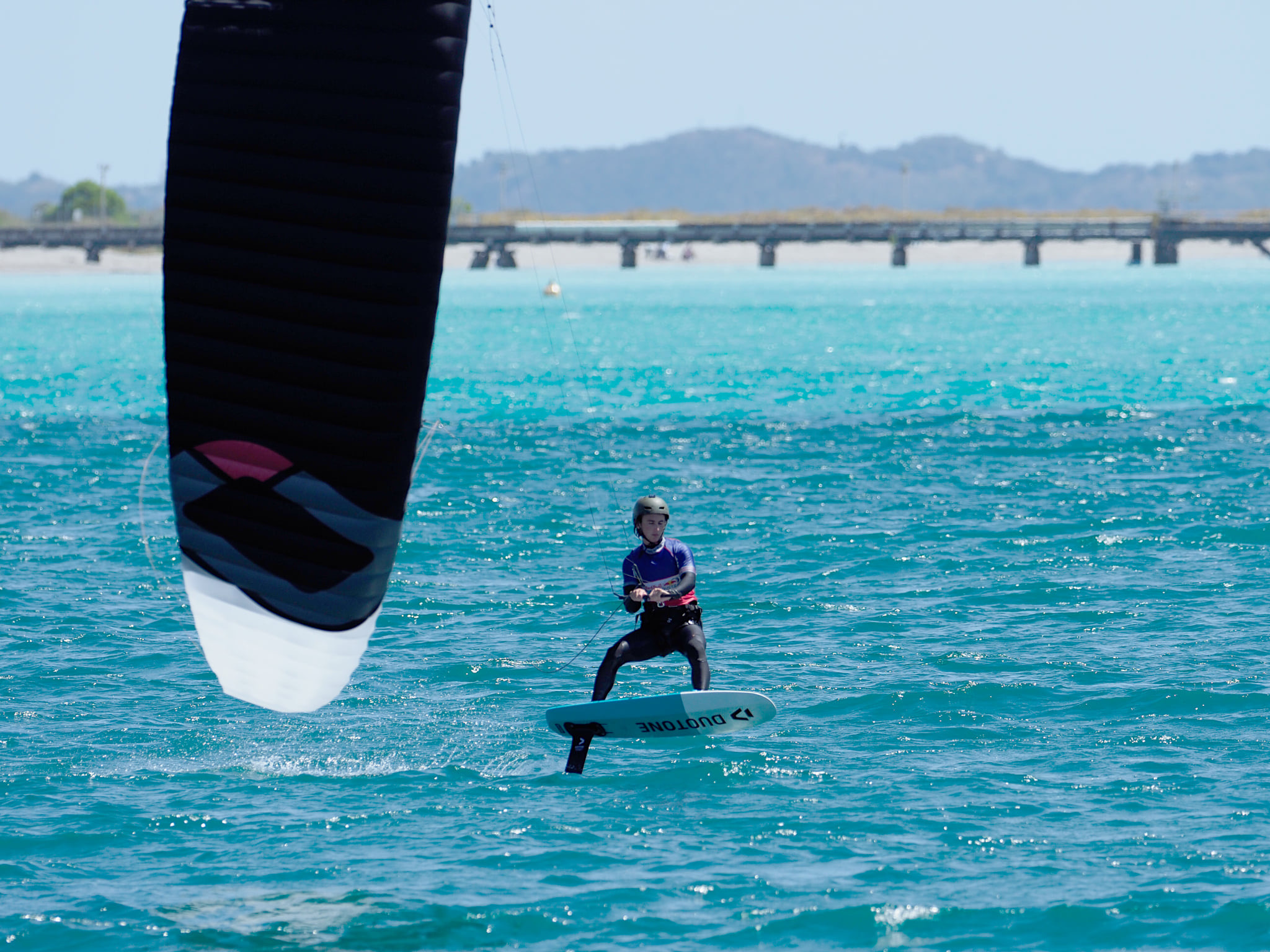 The Duncraig student has been making waves across the country competing in kitefoiling competitions at local, state and national level. He was invited to take part in the development program, a precursor to the WAIS High Performance Sailing Program, based on his results during the season and his potential to continue to develop into a high performing sailor.

Logan said he was excited to learn he would be part of the training program and hoped to get some international regatta experience.

“On the program we learn how to become better sailors, how to manage ourselves, learn a lot of sailing theory, sports psychology, wellbeing management as well as practical coaching,” he said.

“I’d like to race in a few international regattas on the program if I can and ones here too. I’m competing in the national series at the moment – each state hosts a leg and it’s based on a points system, then the nationals will be here in Perth.”

Logan’s dad is credited with getting him into kiting. He decided to try out his dad’s pastime five years ago and turned his skills to kitefoiling in 2020. He is now setting his sights on the 2024 or 2028 Olympic Games.

He confidently juggles his Year 12 studies with sailing, studying ATAR and general subjects as well as a Certificate IV in Business which sees him study at TAFE one day each week.

“I kite every day, up to two to three hours at a time. I’m lucky to have study time during the week to manage school work and training so it is all going well,” he said.

Logan’s next competition in the National Kitefoil Series is in Townsville in July.