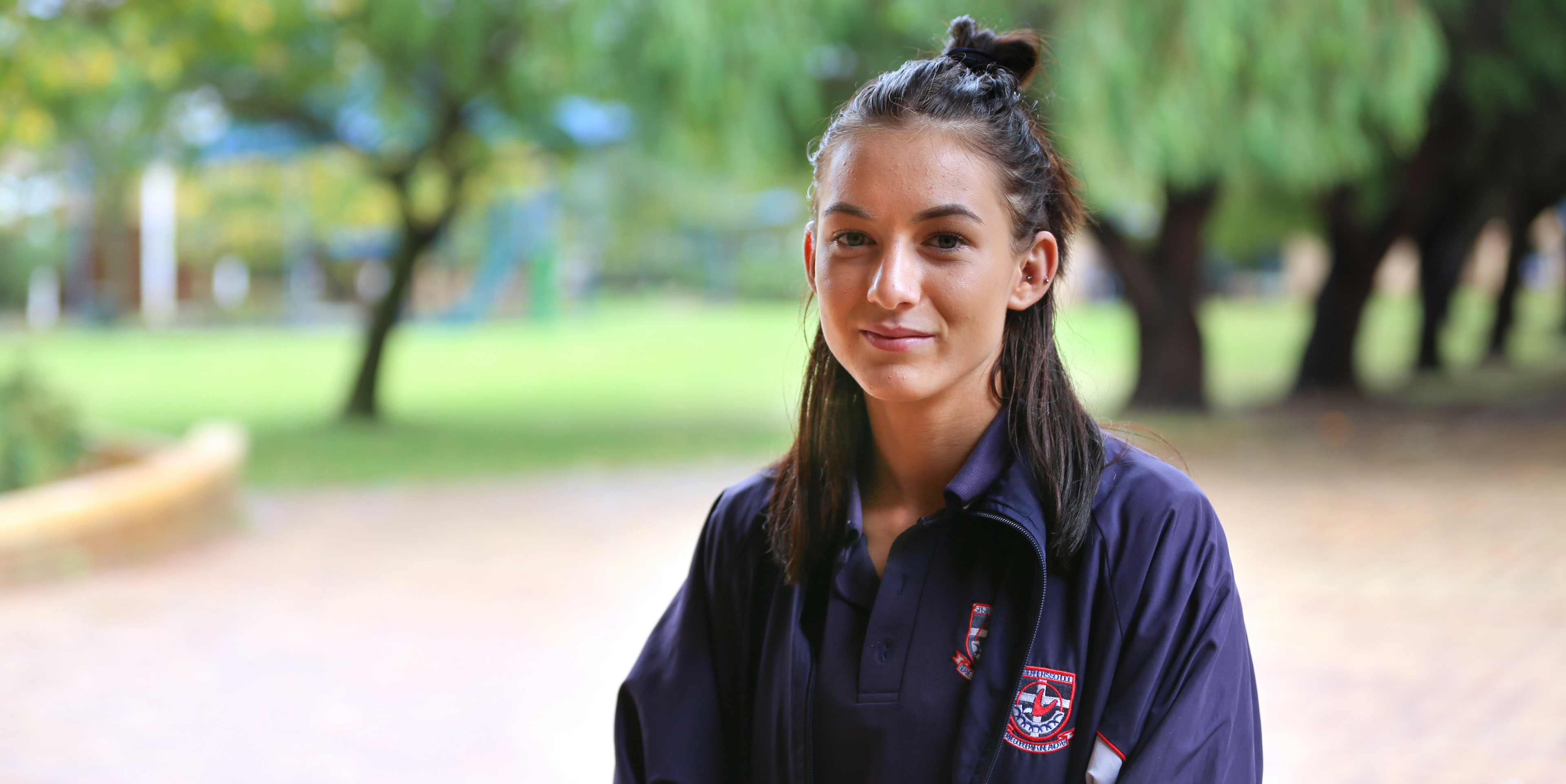 Quick on her feet, Carramar Year 11 student Brooke Hurst has always been one step ahead of the hockey game.

After playing her first game of hockey, as a Year 4 student in the Year 5/6 grade, she was quick to play in her first State Team at 11-years-old and has made the WA State Team every year since.

The 16-year-old has just returned from the Australian Hockey Championships in Tasmania where she played in the Under 18s, even receiving an MVP award for her performance on the field.

Though she’s accustomed to the pressure, Brooke admits she still gets a little nervous throughout the “tedious” selection process.

“I think there was four trials. You do the first trial, there’s a lot of people there, then they’ll make a cut. Second trial, they make a cut. The last one they’ll name a squad with train-ons, then they’ll pick their team from there who will travel to Tassie,” Brooke said.

“You get nervous and think, am I playing well? But I’m kind of used to it now,” she said.

Her passion for hockey is in her genes too, with her father David Hurst a player in the Australian Masters Hockey.

“He is a big influence in me playing hockey and just achieving in hockey,” Brooke said.

After displaying her athletic potential at the recent Championships, Brooke was selected as one of Hockey Australia’s 2019 Women's National Recognised Futures Athletes.

“They named 30 athletes from that whole tournament – 30 women and 30 men and I was named as one – they call it the Futures Team,” Brooke said.

“WAIS [WA Institute of Sport] is now looking at me, coming to my games and watching me.”