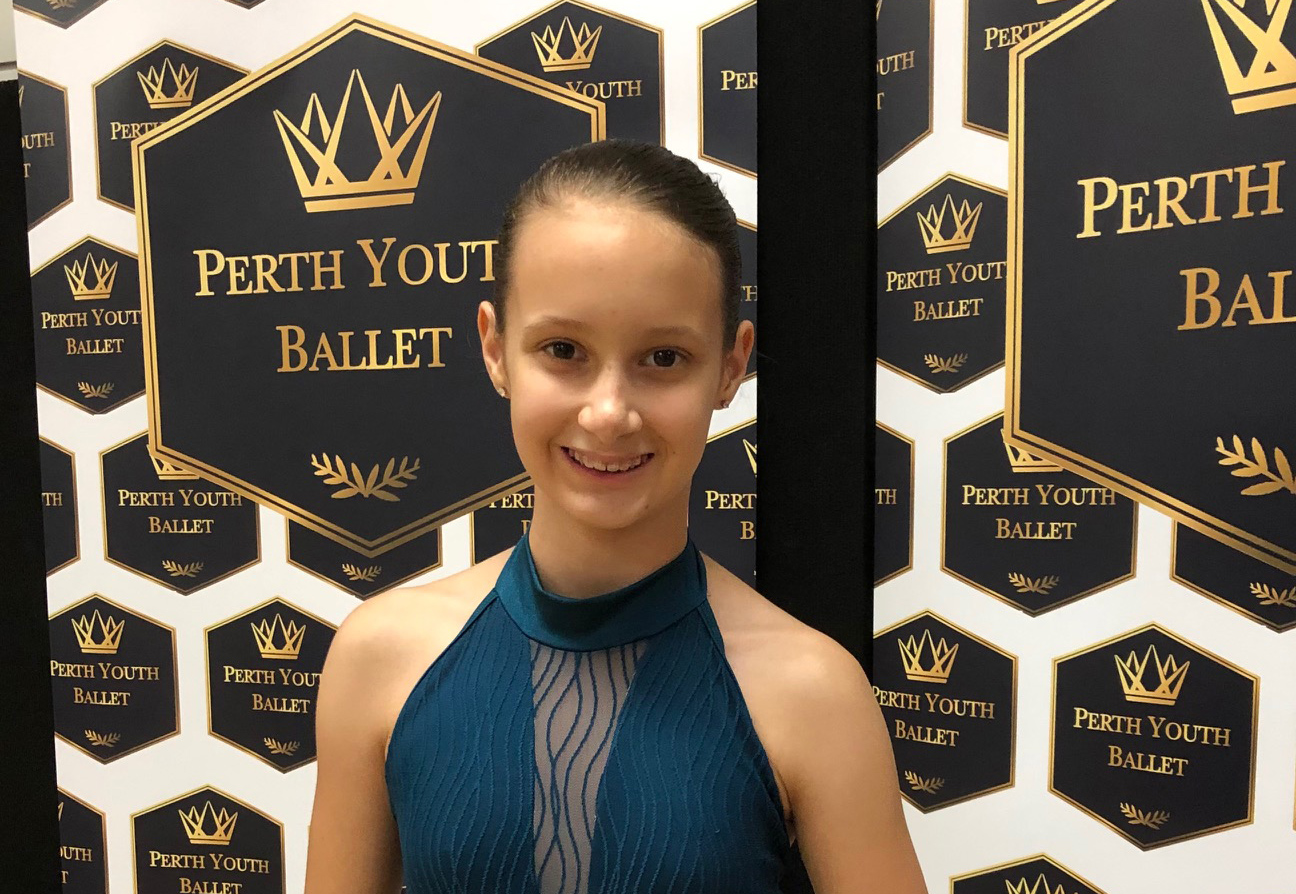 Chloe, who has been dancing since the age of four, attended the audition for Perth Youth Ballet in the hope to become more confident dancing in front of large audiences and strangers.

Perth Youth Ballet was formed just a few months ago by Australian Ballet legend Kevin Jackson, who has been principal artist at The Australian Ballet for the past decade. He teamed up with performing arts studio owner and director Leanna Del Basso to create the new, and highly sought-after, Perth Youth Ballet, which will mentor up-and-coming ballet talent from around WA – so Chloe will be in good company.

“At my audition, I was super nervous but excited as well because one of the adjudicators was St Stephen’s School Carramar Alumni Carina Roberts (Class of 2012),” she said.

Chloe was “surprised but very happy” to be selected in what will be her first production outside of performances at her regular ballet school.

“It has been a great opportunity to meet new people,” she said. “We have just a few weeks left until the concert, so rehearsals are very busy and quite stressful for our teachers.”

“In the future, I’m really hoping I’ll be successful in getting into WAAPA and continuing my dance career, who knows, maybe one day I’ll be able to dance with Carina at WA Ballet!”

Emergence will be on stage at the Heath Ledger Theatre on Monday 23 and Tuesday 24 August. Tickets start at $45 from https://www.ptt.wa.gov.au.