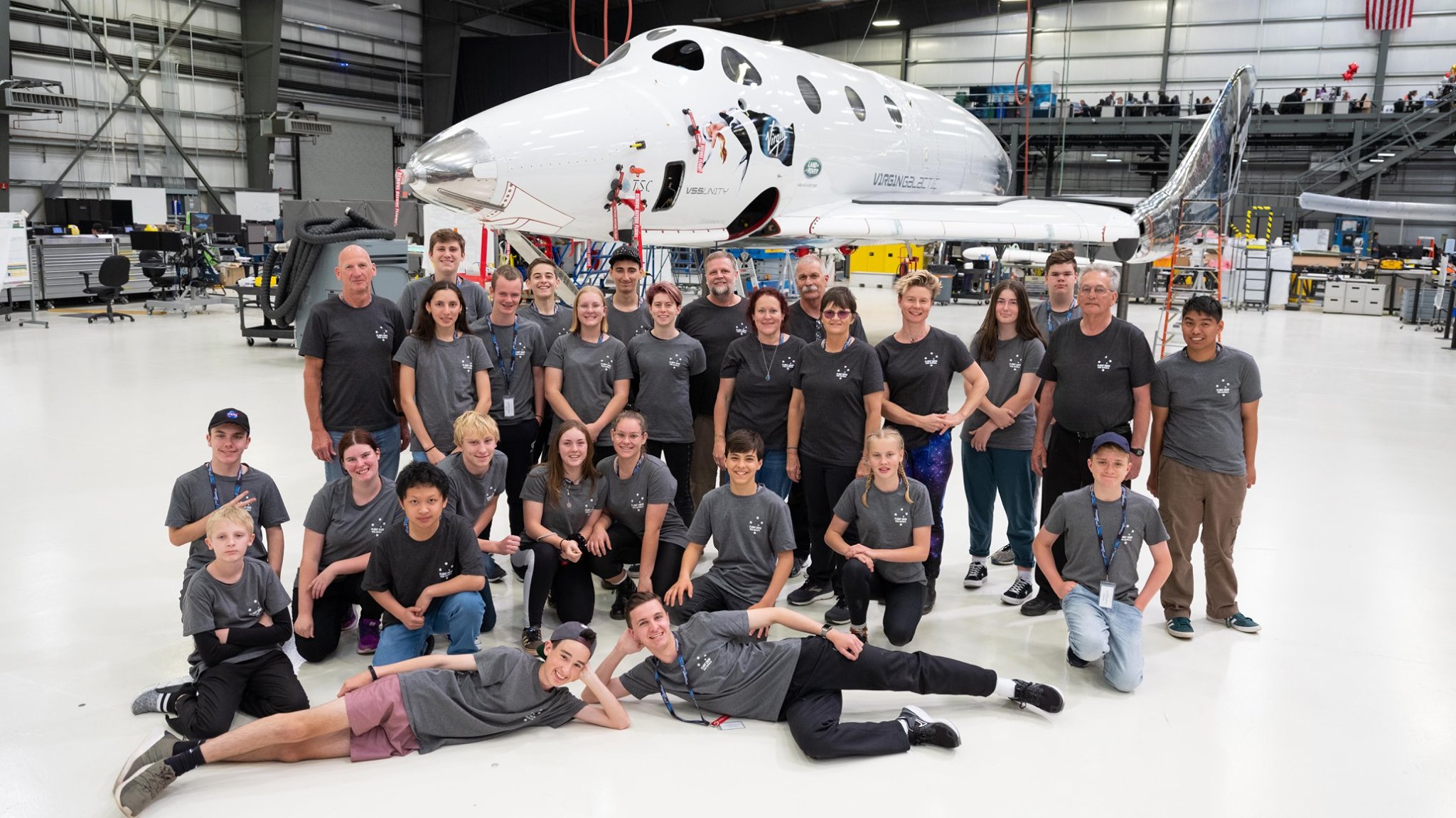 A select group of students spent their holidays learning about the elements of space, simulating spaceflight and dining with NASA scientists at Space Camp in the USA.

“The students had to submit an expression of interest and apply to go, they were selected via a range of criteria which included a hand-written essay,” Mr Biddle said.

Aaron was shocked and elated and Ben said he was ecstatic when he found out that he got in.

“After that I went through a series of emotions while looking up all the places I would be attending, just laughing and smiling,” Ben said.

The excitement was shared by the group who recounted their many highlights.

“We have been very fortunate to form a strong relationship with Sydney-based organisation One Giant Leap and they were able to get us access to Richard Branson’s Virgin Galactica and The Northrop Grumman facilities in California,” Mr Biddle said.

“We were one of the first school groups in the world to see the commercial space vehicle in the final stages of construction at The Virgin Galactica facilities and had the opportunity to see the James Webb telescope being tested and its shields being deployed, which was something very special.”

Ben said Space Camp felt more like a fun boot camp where trainers would kick down the doors every morning and read out all of the activities planned for the day, which “involved sitting through multi hour-long simulations of spaceflight, being in mission control and completing experiments just like they would do upon the international space station”.

“We would also learn about all of the elements of space, the different types of moons and the material space diapers are made from.

“We got to meet real people who worked at NASA – I also got to meet a man who helped to make the rocket that took the men to the moon in 1969, and a lady who talks to the astronauts from the ground every day.”

“The simulators included the 1/6th simulator, which gave you the experience of feeling like you were walking on the moon; there was also a 360-degree simulator which spun you in all different directions, simulating what it would feel like to be out of control in a spacecraft; and there was another simulator called the 5DF (five degrees of freedom) which simulated what it would be like to do a spacewalk with only five degrees of freedom where we couldn’t go up or down.”

Aaron noted having dinner with NASA scientists and engineers, including Susan Finlay, one of the Rocket Women made famous by the movie Hidden Figures, as one of the best experiences.

“I was blown away by the work that NASA JPL scientists and engineers do and it meant a lot to me that they took the time to spend an evening with us, answering our questions,” Aaron said.

“I found it very interesting that the NASA JPL engineers are not only busy with space exploration and experimentation but that they also learn about geology; the scientists on Earth are learning all about the geology of places like Mars and they use robotics and unmanned spacecraft to explore that geology.”

All returned home calling the trip an “incredible” and “mind-expanding” experience where they made new friends and enjoyed the camaraderie.

“I learnt that no matter who you are or what you do, you can be whatever you want if you put your mind to it and that no matter what situation you are in, with quick thinking and teamwork anything is possible,” Ben said, explaining that the trip piqued his interest in STEM Engineering with his career goals now aimed towards space flight engineering or “maybe even becoming an astronaut”.

Aaron encouraged other students to grab these kinds of opportunities.

“Getting the opportunity to go to Space Camp and travel with One Giant Leap Australia was awesome,” he said. “I would say to all other St Stephen’s students: make the most of every camp, outing, activity and opportunity given to us.

“One opportunity leads to another, and there is a whole universe of possibilities out there!”

St Stephen’s School thanks One Giant Leap for the opportunity and access it provided our travellers.