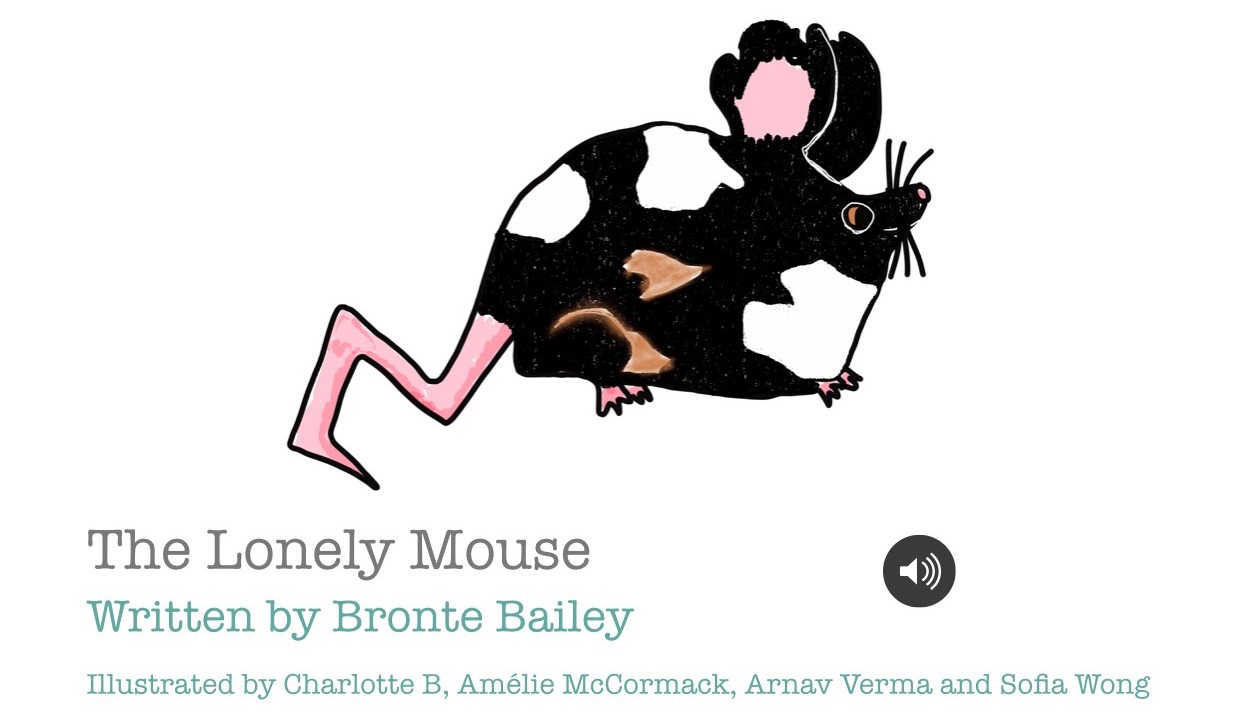 Not many eight-year-olds can say they are a published author, but Carramar Year 2 student Bronte Bailey is one who can.

As part of learning to write narratives, including the importance of character descriptions, a setting, problem and solution, all Carramar Year 2s wrote a narrative about a lonely mouse.

Teachers Mrs Wayman and Mrs Corcoran were so impressed with Bronte’s take on the narrative, centred on the ideas of resilience and friendship, that they worked with Bronte to create an audio eBook version of the story.

“I asked Bronte about the purpose of her book and she stated it was to encourage people to make friends and never give up,” Mrs Corcoran said.

Once the cohort had heard Bronte’s story, some children worked together to produce illustrations and images to accompany the story.

“The whole cohort drew pictures and I selected four to trace over digitally to use to overlay selected photographs to illustrate the story,” Mrs Corcoran said.

“The students who had their illustrations selected demonstrated they had taken into account Bronte’s detailed descriptions and drawn their art work accordingly.

“Three children had their photos included in the illustrations, along with photos of the school.

“Asher Daniells, who appears in three photos, was pro-active in creating scenes to show the lonely mouse making friends and playing with her.”

Using a range of digital technologies, including an iPad, Apple Pencil, iPhone XS and MacBook, Bronte’s story came to life.

The cohort then listened to the draft version, learning about checking and editing work before publication, and it was submitted to Apple Books for approval.

The Lonely Mouse is now on the Apple Book store globally. Find it here or search author Bronte Bailey.

“I feel very happy, excited and a bit embarrassed all at the same time when people congratulate me,” she said. “My family is very proud of me.”